Recent advances in high-throughput technology for the characterization of the human proteome have enabled the simultaneous assessment of thousands of circulating proteins at scale. Using this technology to examine plasma proteomic changes that precede the onset of dementia and Alzheimer’s disease may provide a window into the underlying disease biology and nominate new biomarkers and targets for intervention. By applying SomaLogic’s SomaScan assay to conduct a large-scale prospective analysis of the plasma proteome in cognitively normal individuals who later progress to dementia, we take a data-driven approach to discovery of early-stage blood-based biomarkers for Alzheimer’s disease, dementia, and cerebral small vessel disease. Through multi-cohort efforts which leverage network-based proteomics, genetics, brain imaging, and cerebral spinal fluid (CSF) biomarkers, we have identified a novel set of proteins, protein networks, and related biological pathways that may play a mechanistic role in age-related neurodegenerative conditions, including Alzheimer’s disease and vascular cognitive impairment.

This presentation will demonstrate how proteins measured in blood decades before dementia onset can be combined with genetic data to (1) identify novel early biomarkers for dementia, Alzheimer’s disease, and brain MRI characteristics indicative of cerebral small vessel disease, and (2) better understand the molecular pathways altered in the preclinical and prodromal phase of neurodegenerative disease. This presentation will also illustrate how SomaLogic’s SomaSignal Tests can be used to enhance our understanding of how health characteristics and subclinical disease states influence brain aging and development of neurodegenerative disease. 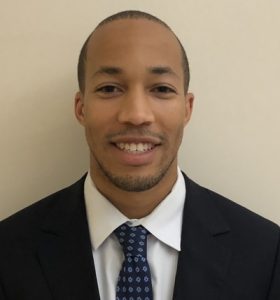 Read more about Neurology and the SomaScan® assay

This 1-hour talk covers how researchers are testing the hypothesis that perturbations in the normal development of the gut microbiome are causally related to childhood undernutrition, a devastating global health problem whose long-term sequelae include metabolic and immune dysfunction, stunting, and neurodevelopmental abnormalities, which remains largely refractory to current therapeutic interventions.

In this 1-hour discussion, you will learn how large-scale proteomics can be leveraged for multiple applications in the field of oncology. The focus will be on 2 new avenues of oncology research. The first is using proteomic risk scores to monitor the cardiotoxic effects of anthracycline treatment and identify patients who may benefit from cardioprotective therapy. The other is developing blood-based protein tests for stratifying lung cancer susceptibility. From biomarker discovery to medicine application and the potential to inform and impact patients’ standard of care—there is a lot to learn and look forward to in oncology research using proteomics.