With SomaScan® proteomics, predicting NASH and NAFLD is as simple as a blood test.

Nonalcoholic fatty liver disease (NAFLD) and nonalcoholic steatohepatitis (NASH) are increasingly common conditions that can progress to serious liver complications including cirrhosis and cancer. Diagnosing the severity of NAFLD and NASH has traditionally relied on invasive liver biopsies.

It was recently demonstrated that the SomaScan Assay, a multiplex proteomics platform, can noninvasively and simultaneously predict all the key elements of the liver biopsy: liver fat, inflammation, hepatocyte ballooning and fibrosis based only on serum protein biomarkers. By measuring ~5,000 proteins per sample in ~700 patients, with liver biopsy results, machine learning models were developed and validated that can reliably predict NAFLD/NASH phenotypes . The tests were used to characterize the differential mechanistic effects of three different drugs during clinical trials.

In this webinar, Dr. Steve Williams, the Chief Medical Officer for SomaLogic, will present this work and introduce a soon to be launched NASH test that is available for research use only through the SomaScan Discovery Alliance. 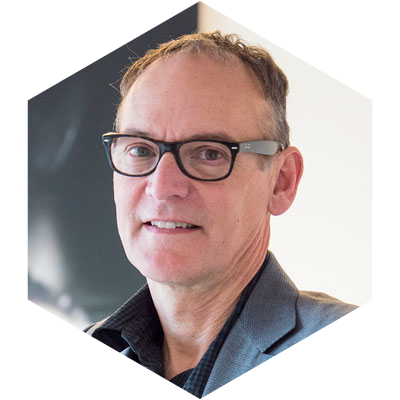 Dr. Steve Williams joined SomaLogic in 2009 as Chief Medical Officer responsible for the development of the SomaScan® Platform. Prior to SomaLogic, Dr. Williams co-founded the pharma consultancy Decisionability, LLC in 2007 and authored the book Decisionability: The Skill to Make Your Decisions Productive, Practical and Painless. From 1989-2007, Dr. Williams worked at Pfizer, Inc., initially in the Experimental Medicine group working in Exploratory Clinical Development and later as VP and Worldwide Head of Clinical Technology. From 2003-2007, Dr. Williams was on the National Advisory Council for Biomedical Imaging and Bioengineering at the National Institutes of Health. He helped to launch the Alzheimer’s Disease Neuroimaging Initiative and helped to form the FDA-FNIH-PhRMA biomarker consortium, serving on the inaugural executive committee. Dr. Williams led or co-led the PhRMA position papers on “proof of concept,” surrogate endpoints and evidentiary standards for biomarkers and diagnostics. He has degrees in physiology, medicine and surgery, and a Ph.D. in medicine and physiology from Charing Cross and Westminster Medical School (now a part of Imperial College, London). He also obtained training in diagnostic imaging at the University of Newcastle Upon Tyne.

Read more about our NASH tests

Read our white paper on NASH

Read our poster on NASH