The NIH-funded Atherosclerosis Risk in Communities (ARIC) Study, which began in 1987, is a treasure trove of longitudinal, clinical data for biomarker discovery. In this webinar, Josef Coresh will discuss how his team and collaborators have mined that data by connecting ARIC’s rigorous epidemiologic cohorts with breakthrough proteomic quantification enabled by the SomaScan® Assay.

Methods for discovery, internal, and external validation were developed with success for chronic kidney disease and dementia. Discoveries highlighted specific prognostic target proteins (e.g. SVEP for dementia and TNFsR1 and LMAN2 for CKD) and pathways for each disease with Mendelian Randomization evidence of causation supporting some as useful targets for intervention. 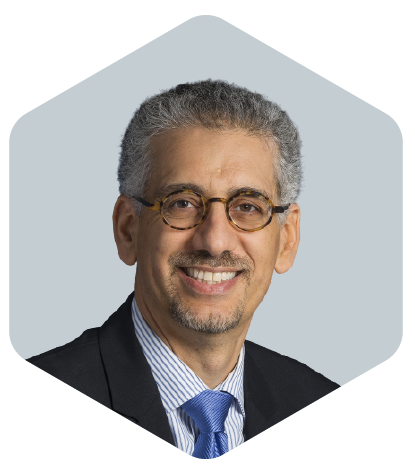 Professor of Epidemiology, Medicine and Biostatistics

Dr. Joe Coresh is the George W. Comstock Professor of Epidemiology, Biostatistics and Medicine at The Johns Hopkins University Bloomberg School of Public Health*, where he leads the ARIC study – a cohort of 16,000 participants followed since 1987 – and co-leads the CKD Prognosis Consortium (CKD-PC), which includes over 80 cohorts and >10 million participants from 40+ countries.

Dr. Coresh’s research portfolio is diverse following the blood vessels from the heart to the kidney and the brain with grants of over $5M/year focused on big data and molecular studies. An international expert in kidney and cardiovascular disease epidemiology, Dr. Coresh has co-authored over 800 research articles cited over 100,000 times, was vice-chair of the 2002 NKF guideline whose definition of kidney disease is now used globally, and co-published the equations used for estimating kidney function globally.

Each year since 2014 Dr. Coresh has been recognized as being among the top 1% of researchers in Clinical Medicine globally (by article citations). Among other awards, he received the top scientific and patient impact awards of the United States National Kidney Foundation (NKF Eknoyan and Hume awards) and American Society of Nephrology (ASN Scribner award).

*Nothing contained herein shall be construed to imply any support or endorsement of SomaLogic, Inc. by The Johns Hopkins University.