What can proteomics teach us about infectious disease

Dr. Coomb’s group has used the SomaScan Assay to screen >1,300 host proteins in Zika virus-infected cells, both globally and specifically in the central nervous system. Significant findings include the identification of nearly 300 astrocyte proteins that were significantly dysregulated by Zika infections, pointing to pathways that may be involved in neurological complications resulting from Zika, such as microcephaly and Guillain-Barré syndrome. 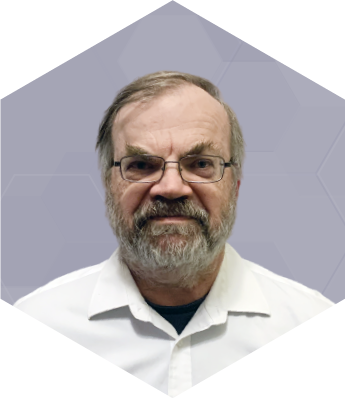 Dr. Kevin Coombs is a Professor in the Department of Medical Microbiology with cross-appointments in Physiology and Pathophysiology and in Microbiology. He serves on several Cell Biology, Molecular Biology, and Virology Editorial Boards and is currently Chair of the CIHR Virology & Viral Pathogenesis Committee.

Dr. Coombs received his B.A.s in Biology and English from the State University of New York in Geneseo and his M.A. and Ph.D. from the University of Texas in Austin. His post-doctoral training in molecular and structural virology was done in the labs of Drs. Bernie Fields and Steve Harrison at Harvard.

His research interests include delineation of the protein and nucleic acid interactions in nucleoprotein complexes, using a variety of RNA viruses as models. His lab studies how these interactions change as a result of, and in turn, are modulated by, conformational transitions that occur during macromolecular assembly and disassembly, how these processes can be attenuated by anti-viral compounds, and how these processes in virus infections contribute to pathogenesis in the host.

Learn more about proteomics and COVID-19