Why Am I Losing Muscle Mass? 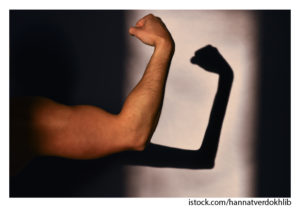 Use it or lose it! A common phrase heard in gyms, doctor offices, internet, etc., about muscles. The more that muscles are used, the stronger they become. The converse is true too.

But this does not happen to everyone. Is it possible to figure out who will have problems even before they have surgery? This is the question a team of researchers sought to answer (Kemp et al., 2020). In a group of aortic surgery patients, the researchers collected blood four different times: the day of surgery (prior to being given anesthesia), and 1 day, 3 days and 7 days after surgery. The plasma from this blood was analyzed to look for differences in metabolites (small molecules that are involved or produced in metabolism) and proteins (using our technology) between those who lost muscle versus those who did not. Muscle loss was assessed using ultrasound.

Upon analysis of the metabolite data, the team found some insights. For example, those who did not lose muscle mass possessed more cortisone (an anti-inflammatory hormone) after surgery than those who did. Conversely, tetrahydrocortisol (an inactive metabolite of cortisol – small molecule involved in the flight or fight response) increased in those who lost muscle mass. In another example, the team saw higher levels of fatty acid dicarboxylates and the acyl carnitine derivatives. As fatty acids are broken down, acyl carnitine can build up in cells that have a dysfunctional mitochondria (power supply for cells) and has been used in the past as a marker for problematic mitochondria. These would not be the only metabolites that would differentiate the two groups; 104 metabolites would contrast the two. Overall, those who lost muscle mass had more amino acids and nucleotides in their blood.

Though interesting, these metabolite changes do not completely answer the question of why people are losing muscle mass after surgery, though as mentioned the authors of the paper suggest that it has to do with cortisol metabolism and malfunctioning mitochondria. Unsurprisingly, protein changes, found with our technology, may supply a more complete answer. Although the authors are going to detail the protein work in an upcoming publication, they do offer a preview. Growth/differentiation factor 15 (GDF15) – a protein that can inhibit appetite – was found to be elevated in people (even on day 0) who would go on to lose muscle. The researchers note that this agrees with their earlier work with mice. In addition to GDF15, several chemokines (proteins associated with the immune system) and receptors were also found to be associated with muscle loss. The team suspects that these proteins may be involved in the process directly or indirectly (e.g., recruiting immune cells to site for feasting on muscle or triggering the release of factors that will chew up the muscle). They also did find data that further supported an earlier finding of the interleukin-15 signaling pathway (inflammation related) to be involved in the failing mitochondria.

It will be interesting to see what more proteins reveal about who loses or keeps their muscles post-surgery. One does hope that these findings may pave the way for new diagnostics or therapeutics that can help people minimize (or prevent) the loss of muscle not only after surgery, but also in aging and other conditions.

FOR INSIGHTS ACROSS MULTIPLE DISEASES