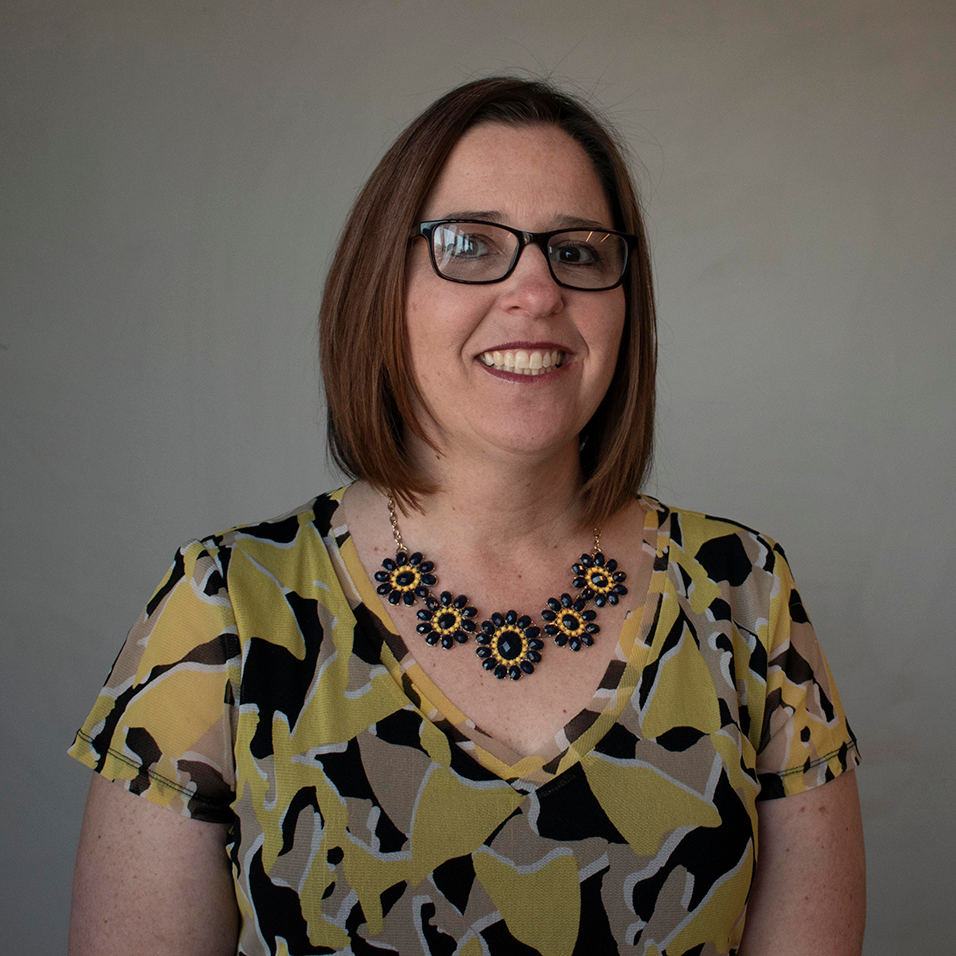 Sheri Wilcox is your go-to person for all technical questions about the SomaScan® Platform. When she joined SomaLogic® in 2001, she was the first team member with a proteomics and protein engineering background, earning her the nickname“the Protein Queen.” For nearly 20 years she’s worked to keep the title, serving as the SOMAmer® Discovery Group Lead. With the launch of the SomaScan Discovery Alliance, Sheri transitioned into a new role focused on helping researchers get the most out of the program.
“We’re not just interested in generating data and then throwing it at people. We want to make sure they understand it,” said Sheri. “We want to have that dialogue and that relationship, so we can work on developing higher levels of validation when they’re necessary.”
Sheri heads up the Technical/Scientific Liaison Group at SomaLogic. Her main responsibilities are to educate the field team internally, make validation data more easily accessible, and answer technical questions.
Sheri is very personally invested in SomaLogic’s vision of delivering meaningful and useful health information throughout life. She lost both of her parents to lung cancer. They were non-smokers, so by the time someone thought to check their lungs it was too late. If the technology SomaLogic is working to develop existed then, a simple blood test might have detected their lung cancer early enough for a different outcome.
Sheri’s role at SomaLogic is essential, because we’re doing something nobody else has ever done before—using nucleic acid “aptamers” to measure thousands of circulating proteins simultaneously. Each of SomaLogic’s proprietary modified aptamers, called SOMAmer reagents, have a unique shape complementarity to their target protein.
In 2011, a collaborative agreement with Novartis helped SomaLogic scale to thousands of different SOMAmer reagents covering thousands of different proteins. That’s when we started selling the panel of SOMAmer reagents as a tool, but selling a tool “didn’t really support the mission of changing healthcare,” said Sheri. So, we stepped back a bit and reclaimed our mission of delivering health information, which gave rise to the SomaScan Discovery Alliance.
Sheri’s role as the new Lead Scientific Liaison is to help participants in the SomaScan Discovery Alliance to really understand their proteomics data, bringing together SomaLogic’s mission with the related goals of Alliance partners.
“I’ve been with this company, building this technology for 19 years. I want this technology to be the most useful thing it can be,” Sheri added. “If there’s anything I can do to help drive the value of the SomaScan technology for somebody else, that’s what I want to do.”
We use cookies on our website to give you the most relevant experience by remembering your preferences and repeat visits. By clicking “Accept All”, you consent to the use of ALL the cookies. However, you may visit "Cookie Settings" to provide a controlled consent.
Cookie SettingsAccept All
Manage consent